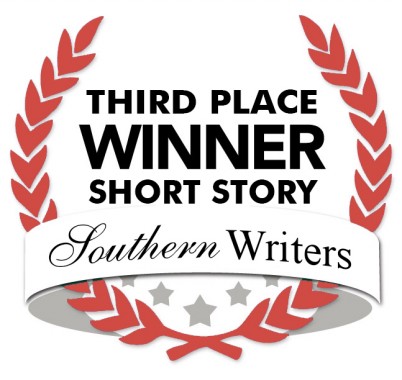 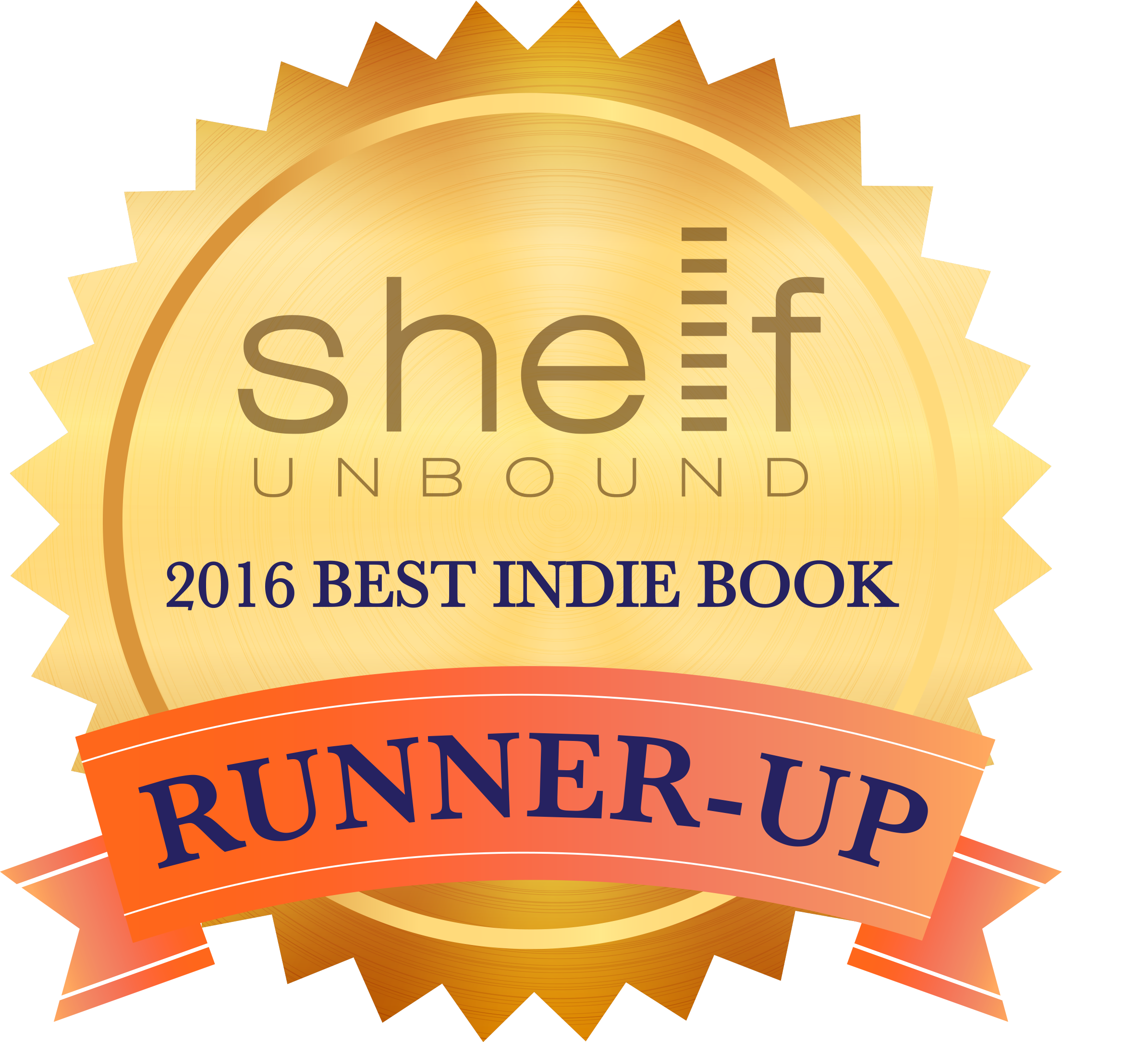 Presented as a part of the Paranormal Love Wednesdays Blog Hop.

Here are three tips I use for writing better short fiction.

Just remember: first drafts don’t count. Get the story down. Get the words out. Don’t worry about rules or tips or editing. After that first draft, go back and edit it into shape. And whatever happens, keep writing. Your uniqueness enhances our own. 🙂

What are some tips you have for writing better shorts?

I’d love to hear from you: me@bokerah.com .

Presented as a part of the Paranormal Love Wednesdays Blog Hop.

Bokerah Brumley is an award-winning writer from West Texas. She is the Publicity Officer for the Cisco Writers Club while simultaneously addicted to Twitter pitch contests, writing contests, and social media, in general. She has too much planned for this year, but is doing it anyway. She lives with five home-educated children, three dogs, two cats, and one awesome husband.

A SciFi Steampunk Romance Novelette Available for FREE in

Out April 2016, twelve novellas from twelve authors: Enchanted: The Fairy Revels Collection. My contribution, Woe for a Faerie, is the story of Woe, a fallen angel that struggles to find her purpose after losing her wings. A buff Fae fellow saves her from freezing to death in Central Park and promptly decides she’s his. Meanwhile, Woe meets Jason, a priest that isn’t quite what he seems. I like to think of it as City of Angels meets League of Extraordinary Gentlemen.

The follow up to Woe for a Faerie is Wings Over New York – out in July 2016 with The Beasts of Summer Collection. In it, our heroine, Woe, is tasked with locating a nocturnal albino peacock shifter that is haunting Central Park and sucking psychic energy from the unsuspecting.

And in November 2016, I’ll write a baddie for a change and add Feather to my fantasy world. Readers will get the awesome-sauce introduction to the epic author-party that is The Hotel Paranormal.

ON THE REBOUND IS NOW AVAILABLE!

On The Rebound is a sweet, sports romance set on the campus of fictional Irving University. It’s a story about second chances and features a women’s college basketball team. Here’s a teaser for you.

After he’s caught in a grade fixing scandal, men’s college basketball coach Greg Miller is thrown a lifeline when an old friend offers him a job with the small-school Irving University women’s team.

Academic Advisor Ciara Monaghan knows first-hand the heartbreak and havoc a cheating man can wreak. She wants nothing more than to protect the University’s reputation by seeing to it that Greg’s stay at Irving is short.

The last thing either of them wants is the attraction they can’t deny. Can a struggling member of the basketball team bring them together to see how wonderful a second chance at life, and love, can be? 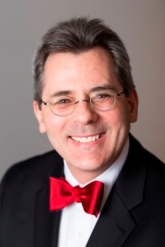 Jim Cangany was forty pages into his first manuscript when he realized it was a romance. He went with it and has great joy writing sweet, contemporary love stories. A lover of things that go fast, when Jim’s not writing, you can probably find him checking into the latest from IndyCar or pro bike racing. He lives in Indianapolis with his saint of a wife Nancy, his sons Seamus and Aidan, and the princess of the house, kitty cat Maria.

BUY NOW AT YOUR FAVORITE RETAILER!

Snowed in? Need something to read?

Lots of young adult, middle grade, and clean reading for the whole family. 🙂 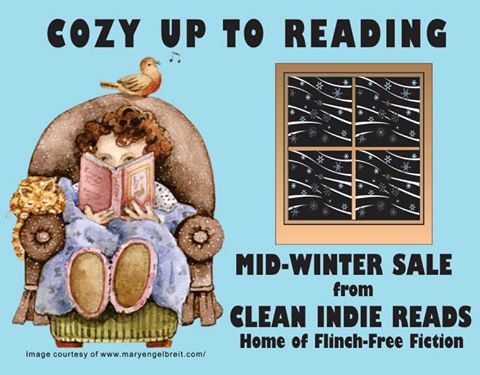 My heart isn’t my own.
And I don’t mean romantically.

Six months ago, I had a heart transplant. Now I’m learning to live again with someone else’s heart beating in my chest. My scars both inside and out haunt my every waking moment.

Then I meet Rhys, the tattooed Yank that finds himself transplanted to my Southern hometown. Even though he’s haunted by his own scars, he’s determined to show me how to embrace my second chance at life.

I’m not sure if I can give someone my heart when it wasn’t mine to begin with.

And neither of our hearts will survive rejection.

Sci-fi junkie, video game nerd, and wannabe manga artist Erin Hayes writes a lot of things. Sometimes she writes books, like the fantasy mystery novel Death is but a Dream, the sci-fi middle grade book Jacob Smith is Incredibly Average, and the Her Wolf paranormal series.

She works as an advertising copywriter during the day, and she moonlights as an author. She has lived in New Zealand, Texas, and now in Birmingham, Alabama with her husband, cat, and a growing collection of geek paraphernalia.

You can reach her at erinhayesbooks@gmail.com and she’ll be happy to chat. Especially if you want to debate Star Wars.

He’s the one man she refuses to fall for…

After the combat death of her Marine husband, grief counselor Maddie Westerfield has thrown herself into helping other families—leaving no time for dating. Which is just fine with Maddie since falling in love again, especially with another man in uniform, is out of the question. No matter how gorgeous he is. Plus, she’s busy looking after her eight-year-old nephew for her deployed sister.

For the last eight years, Lieutenant David Sterling has lived with the guilt of losing one of his soldiers in an ambush in Afghanistan. So when the opportunity presents itself, he jumps at the chance to help the beautiful widow coach her nephew’s football team. But keeping things strictly professional between them is harder than he expected. And even though he knows a relationship with Maddie will only lead to heartbreak, he can’t help falling for her.

Blaire Edens lives in the mountains of North Carolina near the farm that’s been in her family since 1790. When she’s not plotting, she’s busy knitting, running, or listening to the Blues. Blaire loves iced tea with mint, hand-stitched quilts, and yarn stores. She refuses to eat anything that mixes chocolate and peanut butter or apple and cinnamon. She’s generally nice to her mother, tries to remember not to smack her bubble gum, and only speeds when no one’s looking.